Trending Now
How to Choose the Best Material for Your...
How to Replace a Regulator For a Car...
Detailed Guide On Outdoor Basketball Court Installation
Things You Need to Know Before Buying an...
Top 5 Lace Front Wigs With a Natural...
How A Cloud Bed Frame Can Change the...
This Modern Moon Shelf Will Make You A...
Can an Interior Designer Use Fake Roses?
Coolest Tripple Bunk Beds for Your Space
Customizable Rolling Trays: Why need them and How...
Lifestyle

How Useful Is A Paring Knife In The Kitchen? 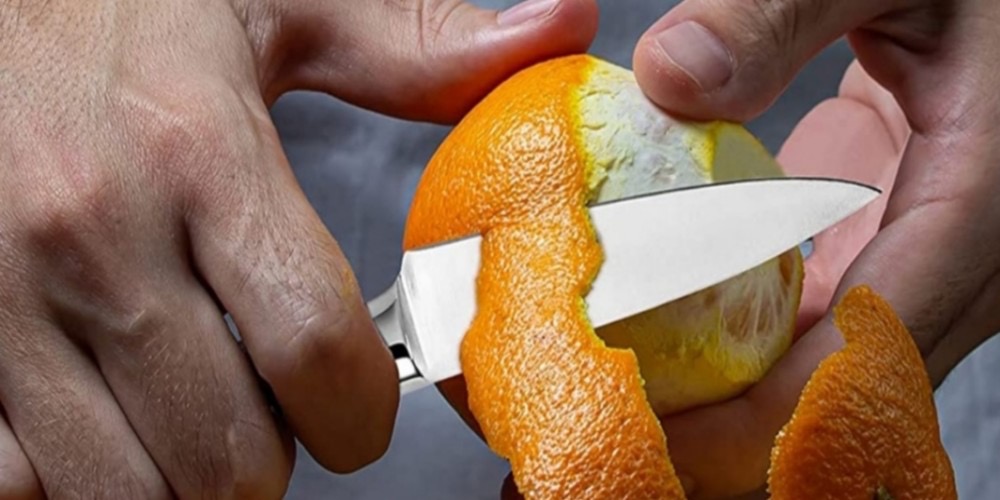 It is generally agreeable that a kitchen needs knives to function correctly, and chefs find their jobs much easier when they have a variety of knives at their disposal. However, the fact that there are many different types of knives has always birthed curiosity about which knives are essential in the kitchen and which ones are not so crucial.

While some people do not see the need to have multiple knives in their kitchen, it goes without saying that having different knives for different cutting tasks will significantly improve your productivity in the kitchen. But the big question has always remained which knives are must-haves and which ones are optional.

What Is A Paring Knife?

A paring knife is a small kitchen knife that is used to perform small tasks in the kitchen. It consists of a steel blade and a handle that is mainly made of plastic or wood. The paring knife is a light-weighted knife-shaped almost like a chef knife but is a lot smaller. Its blade is short, often between 2½ – 4 inches. But it is powerful, sharp and well equipped to give precise and accurate cuts whenever it is wielded in the kitchen.

It is not only famous for the precision cutting it provides but it is also known to cut in smaller spaces, making it an alternative for a chef knife when the task is too small.

Why You Need A Paring Knife In Your Kitchen

Many have argued that the paring knife is the most crucial in the kitchen, which may not be too far from the truth. The fact that the paring knife can substitute for other knives like the chef knife increases its appeal, but the primary uses of the knife make it outstanding and hard to ignore. Here are some of the uses of a paring knife.

If a paring knife is absent in a kitchen, it becomes tough to perform its designated tasks. The small, sharp, and light blade of a paring knife give it a precision that other kitchen knives can’t match, making it a must-have knife in any kitchen.

Kenny Wallace is a lifestyle blogger who writes about anything and everything that catches his attention. He loves to write about both the good and the bad, because he believes that it's important for people to be honest with themselves and with others. Kenny Wallace is an introspective person, and he hopes that his writing can help other people learn more about themselves.

How To Select Efficient Above Ground Pool Pumps?

Facts About Stereo and Mono Headphones

How to Choose the Best Material for Your...

How to Replace a Regulator For a Car...

Things You Need to Know Before Buying an...

Can an Interior Designer Use Fake Roses?

Customizable Rolling Trays: Why need them and How...

Are Ride-on Toy Cars the Best thing for...

Some ideas about cafe interior design

Interior Pressure Washing: What You Should Know